Before we get into the weekly numbers, a quick introduction to our newest data project, the Long-Term Care COVID Tracker: Less than 1 percent of America’s population lives in long-term care facilities, which include nursing homes and assisted living facilities. But as of August 27, 2020, this tiny fraction of the country accounts for 43 percent of COVID-19 deaths. Our data teams have been tracking all available outbreak, case, and death data from long-term care facilities since May 21, and we’ve now published the full datasets they’ve assembled. In an intensively researched deep dive, Whet Moser traced the wrenching stories emerging from the country’s experience with the pandemic in long-term care facilities, not just in the spring, but through the summer of ongoing outbreaks and deaths.

The week in COVID-19 data in the United States

COVID-19 data from US states is a mixed bag this week. The number of tests states reported were up 5.5 percent over last week, but still came in lower than several previous weeks. Cases, which had been dropping sharply for five weeks, leveled off, falling by less than 1 percent. In unequivocal good news, current hospitalizations and deaths both continued to drop. States reported that 6,047 people died of COVID-19 this week in the United States.

Nationally, COVID-19 cases plateaued after five weeks of steady decline— the easing of major outbreaks in the South and West Census regions drove the previous drop while the Northeast and Midwest held steady. This week, these improvements stalled as the regional pictures began to diverge.

In the Northeast, new cases remain low, at under 50 new daily cases per million people. Testing for the region, meanwhile, continues to grow.

Within the Midwest, three states stand out: Iowa, North Dakota, and South Dakota. All three saw new cases per day climb above 290 per million people this week, with South Dakota reaching 348 new cases per day per million people. For comparison, this puts the South Dakota new case rate this week above both California’s and Texas’s worst weeks this summer—and Iowa and North Dakota’s above California’s peak in July—though both are still well below the peaks of the hardest-hit Northeastern and Southern states.

Meanwhile, reported tests have not spiked sharply in Iowa, North Dakota, or South Dakota, suggesting that the case rise we’re seeing is due primarily to a real increase in infections. (Iowa appears to be experiencing difficulty accurately reporting both tests and results, first failing to report new tests and results for previously tested people, and now deleting from the public record previous tests and results for individuals who are retested, according to the Iowa Falls Times-Citizen. It is not immediately apparent what effect this erratic reporting has had on the state's recent rise is reported cases.)

In at least temporarily better news, the case rise in the Midwest has yet to translate into more hospitalized patients. However, the sharp upturn in Midwestern cases only began on August 21, 2020, so it’s too soon to know if we’re really seeing a new pattern in the Midwest of less severe cases, or if we just haven’t seen the hospitalizations pick up yet. Each outbreak in the United States has its own parameters, but we did see a longer delay in spiking hospitalization rates in the South in June/July than we saw in the spring outbreaks in the Northeast—presumably because testing came on so much later in the early Northeast outbreaks, which affected the shape of both hospitalization and case curves.

The US conducted about 3 percent fewer tests per day in August compared to July, making August the first month since the pandemic began that testing fell across the whole month. As we discussed last week, the reasons for this testing drop remain unclear. They probably vary by region and even within jurisdictions as testing capacity, demand for testing, the availability and reporting of antigen testing, and public health messages change over time and across locations.

This week, however, we noted an additional area of uncertainty. Against the national backdrop of falling tests, certain states had single days where they reported two, three, or even four times as many tests as on the days surrounding them.

What explains these aberrant test-reporting spikes? In some cases, they may be related to reporting backlogs. This week saw Florida cut ties with major testing lab Quest Diagnostics, stating that the company had failed to deliver test results in a timely manner, and Ohio blamed their reporting spike on the addition of a new lab that backfilled 43,000 tests in one day. In Washington State, the apparent spike is the result of an extremely low report on the previous two days, possibly related to a methodology change in the state’s reporting.

In Indiana, however, the test-reporting spike appears to be connected to the addition of older antigen tests that were previously not publicly reported, and which the state now reports in a lump sum with PCR tests.

The situation in Montana is suggestive of factors that may be affecting testing in other states as well. In the Billings Gazette, Jon Ebelt, a public information officer at Montana’s Department of Public Health and Human Services explains one of the problems that led to the testing spike:

Since Aug. 1, about 70 reference lab partners were sending testing data that was incompatible with the state's electronic interface for reporting lab results, according to Ebelt.

The incompatibility was the result of what Ebelt described as 'adjustments made at the federal level to coding of electronic laboratory reporting.'

We wrote previously about the reporting directive from the Department of Health and Human Services that required labs to report much richer COVID-19 data, and which went into effect on August 1. At the time, we were concerned that states that remained unprepared for the changeover might not be able to fully report the new data.

It’s currently unclear whether other states or territories have seen their reported tests decline because of system incompatibilities with the HHS-mandated changes in lab reporting. (It’s important to note that this issue is distinct from the reporting problems that plagued hospitals this summer as they were forced to respond to a much more abrupt reporting directive from HHS, and which we have covered extensively.) 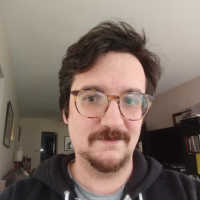 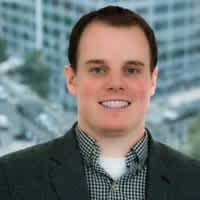