As vaccines start rolling out across the country, rekindling hope for so many, the immediate situation for residents and staff of long-term-care facilities (LTCs) is worsening. The COVID-19 surge in LTCs is still ongoing, as facilities report increases larger and more devastating than the previous week, the previous month, and the previous seven months. The vaccines needed to prevent more COVID-19 outbreaks are right around the corner, but for many LTC residents and workers, they will come too late.

Last week’s data shows a dire situation for long-term-care facilities. Both new cases and deaths were the highest we’ve seen since we began collecting long-term-care data in late May. There were more than 5,000 new known deaths reported—a 26 percent increase from the week before. The South—the country’s most populous Census region—reported the highest number of new deaths, though every region’s LTC deaths continued to increase.

Week over week, the number of new cases reported rose slightly in the West and sharply in the Midwest and South, while declining very slightly in the Northeast. The South’s apparent case jump is fueled in part by Arkansas and Tennessee each reporting two weeks of data. (Neither state provided updated long-term-care data the previous week.)

Still, other Southern states on their own reported large single-week increases in cases: In North Carolina, new reported cases in LTCs nearly doubled, and West Virginia reported the state’s highest number of new cases since late May. It remains unclear to what extent Thanksgiving holiday data reporting has affected LTC data, but it’s likely that in some states, apparent case drops or plateaus followed by large rises are at least in part a result of the holiday data reporting patterns we’ve seen in other COVID-19 data.

Pennsylvania continues to be central to the ongoing COVID-19 surge in long-term-care facilities. Newly reported cases in the state’s LTCs have been near or over 5,000 for the past two weeks, and the state reported nearly 500 deaths in LTCs last week—an increase of 55% from the previous week, and about one tenth of the country’s new LTC deaths from COVID-19. We expect that the vast majority of these deaths are among LTC residents; Pennsylvania reports staff and resident deaths as a combined number, but in states that report staff and resident deaths separately, about 99 percent of those who die in COVID-19 outbreaks in LTCs are residents. It’s impossible to tell if holiday reporting artifacts caused previous weeks’ numbers to be artificially low and the past two weeks to be higher, but even if they have, Pennsylvania’s overall cases and deaths for the past month are alarmingly high.

Like many other states, Pennsylvania released its first vaccine distribution information this week. The state’s initial distribution includes hospitals but not long-term-care facilities—a spreadsheet listing the hospitals whose health care workers will start receiving the vaccine is at the bottom of the state’s COVID-19 vaccine information page. During a press conference on Monday, Pennsylvania Secretary of Health Dr. Rachel Levine said vaccines will be rolled out to long-term-care facilities through local pharmacies like CVS and Walgreens through the CDC’s Pharmacy Partnership for Long-Term-Care Program. No official start date has been announced, though vaccination distribution is expected to begin in LTCs next week.

Undercounts due to bad reporting

Many states have improved their COVID-19 data reporting practices over the past seven months, which has helped us create a clearer, more accurate national picture of what’s happening inside long-term-care facilities. Still, our data is almost certainly a drastic undercount. Though a handful of states share responsibility for erratic or incomplete data reporting, three stand out:

Arizona does not release any state-level information on long-term-care facility cases or deaths, so we collect available data from Arizona’s two largest counties: Maricopa (Phoenix) and Pima (Tucson).

Missouri publishes only the number of resident cases over the past seven days. The state does not provide a cumulative count for long-term-care facility cases or deaths, nor do they name facilities that have experienced a COVID-19 outbreak. We collect data from St. Louis County’s monthly long-term-care data releases.

Lastly, New York still does not publicly report LTC case numbers, nor does their reporting include deaths of LTC residents who died in hospitals or other locations, even if they contracted the disease in an LTC outbreak. Given the extent of the state’s early outbreaks, these missing cases and deaths from New York result in substantial gaps in our dataset. We hope to see New York’s reporting evolve to match what the majority of states now report, allowing us to compile a much more complete picture of the pandemic’s effects on LTC residents in the United States.

As the vaccine rolls out, residents still need protection

Next week, the first doses of COVID-19 vaccine are expected to arrive in many US long-term-care facilities—the same environments where the country first witnessed this virus's deadly toll, and where more than 100,000 Americans have died despite months of pledges from state officials and politicians. The vaccine offers the promise of an eventual end to the wrenching losses we’ve seen in nursing homes and other LTCs. But complete immunization for every vulnerable resident and staff member may take months to achieve. In the time between initial vaccinations and growing outbreaks, we are all but certain to see tens of thousands more Americans die of COVID-19 in LTCs.

If you have questions or information to share, you can reach the Long-Term Care COVID Tracker team at [email protected]. 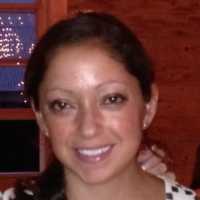 Tests are up, while cases, hospitalizations, and deaths continue their declines. We are at a crucial moment in the pandemic, with vaccinations ramping up but multiple variants of SARS-CoV-2 gaining footholds across the US. In our final weekly report, we urge continued vigilance in reducing the spread of the virus, and direct readers on how to follow the course of the pandemic without us.

Case numbers are dropping rapidly, and deaths are down 20 percent from last week. Vaccines are finally showing up in the data with dramatic declines in deaths from long-term-care facilities. We urge caution about interpreting wobbles in the data in the next week or two, given storm disruptions affecting Texas and elsewhere.