Last month, the Trump administration instructed hospitals to stop reporting the number of hospitalized COVID-19 patients to the Centers for Disease Control and Prevention (CDC). Instead, hospitals were to report their COVID-19 patient counts and supply needs to the Department of Health and Human Services (HHS), using a new data service developed by the health technology company TeleTracking. These changes took effect on July 15. You can read more about the reporting change, its early impact on state public health departments, and our initial analysis of the hospitalization data published by the HHS in our blog post published last week.

Our initial analysis found that, between July 20 and July 26, the HHS reported an average of 24 percent more currently hospitalized patients nationwide than was reported by the states.

The data have continued to be erratic: In some states, the HHS reports far more hospitalized patients than the state does, and in others, the two sets of data rise and fall at different rates. In an effort to better understand the discrepancies between the data released by the states and the HHS, we are digging deeper into the data and comparing the data definitions used at the state and federal levels.

For this analysis, we compared the HHS’s counts of currently hospitalized COVID-19 patients, published from July 20 to August 5, to the same metric compiled by The COVID Tracking Project from each state’s publicly available data. In six states (Maine, Arkansas, New York, Connecticut, New Hampshire, Delaware), the HHS data is, on average, at least 150 percent higher than the data from these states’ dashboards. Maine and Connecticut’s hospitalization figures include only confirmed cases. It is unclear what the reporting criteria are for Arkansas, New York, New Hampshire, and Delaware.

The HHS reports all patients with confirmed and suspected cases of COVID-19. This definition includes both patients who have received a positive result from a polymerase chain reaction (PCR) test, the gold standard for diagnosing a case of COVID-19, as well as patients who have not yet received a confirmatory test result but have exhibited distinct COVID-19 symptoms and/or have received a positive antibody or antigen test. This latter group constitutes what the HHS calls “suspected cases”; these unconfirmed cases are also called “probable cases” by the CDC and other public health departments.

Meanwhile, in Connecticut, the state’s counts only include patients who are confirmed to have contracted SARS-CoV-2, the virus that causes COVID-19, through diagnostic PCR testing. The HHS has counted about 2.6 times more COVID-19 patients than the state has in the 17 days of our analysis. This amounts to between 77 and 138 more patients reported by the HHS each day. For context, the state has reported 2,170 confirmed COVID-19 cases during these 17 days and very few probable cases. The definitional discrepancy alone does not explain this difference between Connecticut’s state and federal hospitalization numbers.

The HHS reports on average 30 percent fewer patients currently hospitalized in Vermont and Louisiana than The COVID Tracking Project’s data. According to Louisiana’s public dashboard, the state’s current count of hospitalized patients includes those who are “COVID-positive,” and the state does not report probable or suspected COVID-19 cases. Because the HHS reports COVID-positive and suspected patients who are currently hospitalized, we would expect to see the federal agency report more cases than the state rather than less.

Florida saw an unexplained two-day spike in hospitalizations in the HHS data that did not match the state’s own reporting. Florida's HHS counts for July 27 and July 28 were, on average, 137 percent higher than the data reported by the state. The HHS reported an average of 21,438 currently hospitalized patients in Florida during this time, while the state reported an average of 9,045 patients hospitalized with a primary diagnosis of COVID-19. On July 29, the HHS reported 10,356 confirmed and suspected COVID-19 patients hospitalized in Florida. It seems unlikely that the hospitals in Florida doubled the number of COVID-19 patients they were caring for, then discharged nearly half of these patients in a single day.

Nevada, which reports both confirmed and suspected COVID-19 patients, saw a similarly unexplained spike. Nevada’s two sets of hospitalization figures were largely close together between July 20 and July 29: The state count averaged 1,124 current COVID-19 patients while the HHS count averaged 1,241 patients. On July 30, however, the HHS’s count jumped to 3,761 patients, and it remained in the 3,536 to 3,685 range until August 4. The HHS’s count returned to 1,256 patients on August 5. Nevada reported an average of about 1,000 new cases a day during this period.

Idaho, Missouri, Texas, California, Wyoming, Wisconsin, and South Carolina have each reported that the change in hospitalization reporting requirements have caused disruptions or challenges in their public hospitalization data reporting. Other states, such as Alabama, reported incomplete or unstable data after July 15, but did not report that the HHS transition was the cause. Most of the states’ data issues were resolved quickly, but others, including California and Texas, have had a more difficult time getting their hospitalization data back online. As we noted in our previous blog post, The COVID Tracking Project’s data entry team chose to “freeze” current hospitalization data points—meaning we carried numbers forward from previous days and made notes in our public annotations—when these states reported poor hospitalization data quality. While The COVID Tracking Project’s count for current hospitalization in Texas was frozen at 10,893 patients from July 22 to July 27, the HHS’s count rose from about 12,140 to 15,335 patients, then dropped back to 10,941 patients.

Reporters affiliated with The COVID Tracking Project have reached out to state public health departments to ask how the CDC-to-HHS switch impacted their hospital reporting. A representative from Arkansas stated that hospitals in the state are submitting reports through TeleTracking, and both the public health department and the Arkansas Hospital Association are tracking hospital compliance. Yet the HHS counts for hospitalized patients in Arkansas have consistently been about three times the state’s counts: The HHS reports an average of 1,552 patients, while the state reports an average of 497.

As we discussed in our previous blog post on the HHS’s hospitalization figures, the switch from a CDC-run reporting system to an HHS-run reporting system has likely been difficult for many hospitals. Hospitals must now report more data points to the HHS than the CDC had required; bureaucratic changes have required some hospitals to make two reports (one to the state and one to the HHS); and hospitals with limited staff and technological capability must spend hours entering data. It is also worth noting that we expect hospitals to report more reliable information to the HHS than to their state health departments, or to report to only the HHS and not their state health departments, because the HHS-reported data is used to inform allocation of remdesivir, PPE, and other supplies.

As we continue to track both sets of hospitalization data, many unknowns remain. Many state public health departments have yet to report how the CDC-HHS switch impacted their hospital tracking, if at all. For 20 states, the data labels or definitions used to classify currently hospitalized COVID-19 patients are not publicly available or easily accessible, making it difficult for us to contextualize the differences between their data and the federal counts. One state, Hawaii, no longer officially releases the count of patients currently hospitalized on their state website. The HHS has not described any kind of system it is using to track or catch errors in reports from stressed hospitals, making it difficult for us to contextualize irregular numbers, such as the July 27-28 spike in Florida. We also have no context for why the HHS’s counts on August 6 were very low across the board, other than the fact that, in the majority of states, the number of hospitals reporting dropped significantly on August 6 compared with the previous and following days.

Hospitalization data used to be a reliable metric demonstrating the stress COVID-19 is causing state health systems. Now, these data are spotty and difficult to interpret. We encourage states to be transparent about when they are encountering issues with hospital reporting and why. And, as always, we request all public health institutions in the US standardize their definitions and communicate with one another.

Special thanks to Julia Kodysh for analysis and graphics support in this post. 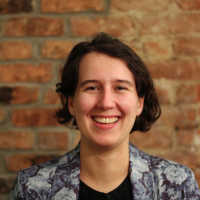 Betsy Ladyzhets is a Research Editor at Stacker and works on data quality and the COVID Racial Data Tracker at the COVID Tracking Project.