Earlier this month, the Trump administration ordered a sweeping change in how hospitals should transmit some COVID-19 data to the federal government.

Starting almost immediately, it said, most hospitals should stop reporting the number of patients with COVID-19 to the Centers for Disease Control and Prevention. Instead, hospitals should report those and other figures to the Department of Health and Human Services, the Cabinet-level agency that oversees the CDC. The new guidelines—which immediately became a national and highly political story—took effect on Wednesday, July 15.

Hospital data is important. Since May, the number of people in the hospital with COVID-19 has been one of the best measurements of the size and severity of outbreaks across the United States—and one of the few indicators of the strain on local health-care systems. Because we collect data directly from state and territorial governments, and not the federal government, we initially did not think that the new federal rules would substantially affect our process.

But two weeks after the rules began, it’s clear that technical requirements associated with the new guidelines have caused major problems. Some of the states facing the largest COVID-19 outbreaks—such as California, Texas, and South Carolina—have warned that they are not reporting accurate hospital information due to the switchover.

That said, these problems only affect hospitalization data. Our case, testing, and death data from states continues to show the effects of testing and reporting backlogs and day-of-the-week reporting differences, but are as reliable as they were before the new directive. And we find no evidence to support a popular online conspiracy theory that the switchover from the CDC system to the Health and Human Services system explains a national plateau in new coronavirus cases. The theory is unsupportable: As we explain below, hospitals do not report case count or testing data to the federal government, and those trends in the data are reflected across too many different independent sources to be subject to centralized tampering.

What we’ve seen in the data

Because The COVID Tracking Project collects testing and outcomes data directly from state and territorial public health authorities, we were initially optimistic about the changeover’s effects on the data we compile. Starting on July 15, however, when the new requirements came into effect, we began to see problems with the data on current COVID-19 hospitalizations and related metrics on how many of those patients were admitted to the ICU or were using mechanical ventilators. Idaho, Missouri, South Carolina, and Wyoming were unable to publish all of the hospital data that we normally compile, and publicly documented that the problem was due to the changeover.

In at least three states, the problem seemed to be that the states had been reporting hospitalization data obtained from the CDC’s systems, rather than directly from hospitals, which meant they had to make the switch to the new Health and Human Services (HHS) system. (We also noticed that reported current COVID-19 hospitalizations were dropping in several other states, while cases and cumulative hospitalization numbers were either flat or rising, but those states did not disclose a reason.)

Those problems appeared to have been short-lived, as all the states that posted early warnings got their hospitalization data back online. But by July 22, the problems had spread. California, then Texas posted notices on their dashboards stating that some hospitals were not reporting COVID-19 data due to complications related to the changeover to HHS systems. This week, South Carolina’s COVID-19 hospitalization data went missing again, and we’ve continued to see declines in other states that do not appear to match up with local trends in case counts.

A note about our methodology: When states posted quality warnings that listed the HHS changeover as a cause for the instability of their hospitalization data, we “froze” current hospitalization data in our dataset for for those states, carrying forward the numbers from the last day when they did not post a data-quality warning, and making notes in the public annotations in the dataset.

Freezing data points is a choice of last resort for our Data Entry team, to be used when they encounter unusual, transient problems, like dashboards that crash, or states that miss reporting deadlines. Now that it has become clear that these data-quality problems may continue for some time, we’ve unfrozen all hospitalization data and are now reporting the data states report, despite their warnings that the data is incomplete. Ultimately, our data collection methodology is to report what states report, on the day when they report it, and if this changeover period lasts for weeks, it would become increasingly misleading to keep states’ hospitalization data frozen.

These problems raise other questions about the relationship between state and Federal data. If these states are getting their COVID-19 hospitalization data directly from hospitals, as we believe most of them are, why has the change in federal reporting requirements caused these gaps in the data? There may be several reasons, according to in-depth reporting by trade publication Healthcare IT News:

Whatever the causes—which likely vary across states—the result has been that the current COVID-19 hospitalization data from states that was highly stable a few weeks ago is currently fragmented, and appears to be a significant undercount. In an unexpected twist, however, the hospital data made available by the HHS from the dataset they collect from hospitals differs from the states’ own reporting: for most states, the HHS hospitalization data is substantially higher than the same data as reported by the states.

We compared hospital data published by the HHS with the same numbers as reported by states, and found substantial discrepancies. On average, the HHS reported 24 percent more patients hospitalized with COVID-19 than did the states.

In some states with major outbreaks, HHS hospitalization data shows a high degree of daily fluctuation compared to the characteristically steady data reporting from states. In Florida and Texas, HHS is reporting many more patients hospitalized with COVID-19 than the states report, with significant day-to-day fluctuation. In other states, like Alabama and Georgia, HHS reports a consistently higher number than the states do, but without marked fluctuation. In California and Arizona, the HHS and state numbers are a close match, with the state’s numbers outpacing the federal count on some days in our seven-day comparison.

Once again, there are several possible reasons for the discrepancies between state and federal datasets.

So what does this all mean for people trying to interpret the data? Until we see the data stabilize at the state level and understand more about the reasons why the state and federal datasets for current COVID-19 hospitalizations don’t match up, we would urge caution in using either state-reported or HHS hospital data in isolation to understand local outbreaks or the burden on healthcare systems.

Case counts are not changing because of hospital data reporting

In the past two weeks, we have seen considerable confusion arise about what changes and gaps in hospitalization data may mean for other COVID-19 data points. Most notably, the idea that declining COVID-19 case counts at the national level are the result of the changeover to HHS systems is based on a misunderstanding of where case data comes from.

This data from hospitals does not include case counts or total tests. Testing and case data originates in laboratories (which are also being required to report richer data to HHS by August 1) and passes through state and territorial public health authorities. Each state’s government decides which data to make public on their official dashboard and daily reports—and this is the information we collect at The COVID Tracking Project.

Because the two data streams—hospital-based and laboratory/health authority-based—handle different data points, it is not possible that any change in federal reporting requirements for hospitals has a causative role in the change in the direction of COVID-19 case counts at the state or national level. Further, the HHS website directs visitors to the CDC’s official case count for information on cases and testing. And again, the specific data hospitals are reporting to the HHS—not cases, but hospitalizations—shows higher counts in the federal data source than in the official state data sources.

What we're left with

COVID-19 data in the United States emerges from an intricate patchwork of sources across states and territories. Each data point is produced and transmitted by individual humans in labs, hospitals, and health departments, passing through many systems on its way to the public and the federal government. Sometimes the human factors are extremely apparent: case and testing data shows a dramatic day-of-week effect, dipping low on weekends and Mondays and rising throughout the week.

Until the last two weeks, the data that comes from hospitals has been an exception—it also originates with people making notes about individual patients in IT systems, but it is highly consistent from day to day, because hospital reporting never lets up, even on holidays and weekends. Data on current hospitalizations is also not subject to the kind of backlogs and lags we see in case, testing, and death data reporting, which makes it an indispensable metric for understanding outbreaks in near real-time.

Right now, this critically important data is less stable than it has ever been while overextended hospital staff try to change reporting systems midstream, but based on accounts from states and hospitals about their ongoing efforts to make the directed changes, we continue to hope that the current instabilities will be temporary.

The hospitalization data that the HHS is publishing to date also suggests that we may soon have multiple, differently useful datasets available to help us understand the reality of COVID-19 hospitalizations. For each of these datasets—federal and state-reported—to be maximally useful, we need to get through the current period of instability, and understand why the two hospitalization counts differ, where they do. In the interim, we will continue to watch both sets of numbers closely and report out what we find here on the blog and in our daily release notes on Twitter. 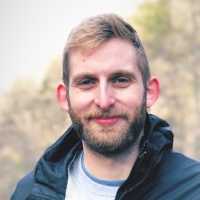 Robinson Meyer is a co-founder of The COVID Tracking Project and a staff writer at The Atlantic.

The “Good” Metric Is Pretty Bad: Why It’s Hard to Count the People Who Have Recovered from COVID-19

We don’t know how many people in the US have really recovered from COVID-19.

Visualizing COVID-19’s Impact on Hospitals Across the Country

The HHS released a facility-level data set on COVID-19 hospitalizations in December. We’ve taken that data and created an interactive map, allowing the public to see how their local hospitals are faring against this virus. 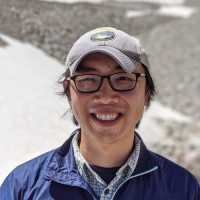 All Eyes on Hospitalizations: This Week in COVID-19 Data, Dec 30

Holiday reporting has garbled most metrics. Going by current COVID-19 hospitalizations, outbreaks in the Midwest are still easing, but every other region is in trouble.